“Put simply: governments can be bad at buying things, which sometimes makes them bad at serving people,” writes Angel Quicksey, a Fellow who worked with the City of Boston, about the process of procurement. Here she explains the roots of many of those challenges and shares opportunities for improvement. 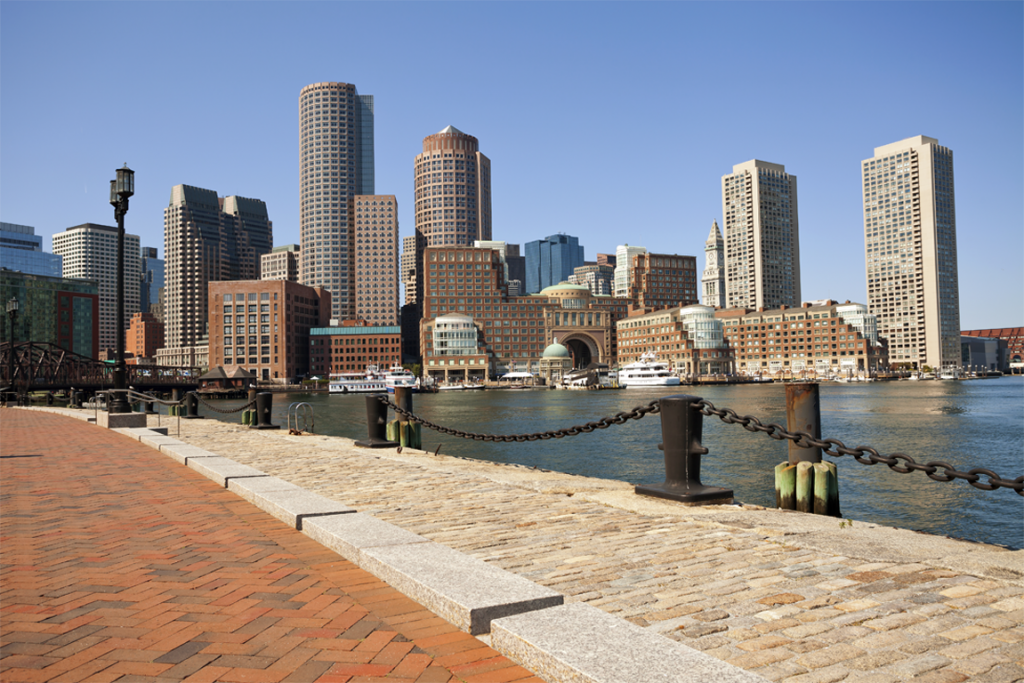 The blog post below was written by Angel Quicksey during her summer fellowship at the City of Boston. As both Angel’s project sponsor and the point of contact for Boston’s What Works Cities (WWC) engagement, I wanted to share her reflections and explain how they tie into our WWC work so that others in the WWC community and beyond can learn from her insights.

Angel’s fundamental point is that procurement is incredibly important, but is often viewed as a boring, administrative, and frustrating function rather than an exciting, strategic opportunity to achieve great outcomes. As she mentions in the post, the Mayor’s Office of New Urban Mechanics (MONUM) has brought attention to procurement here in Boston, and organizations like the United States Digital Service, 18F, and Code for America are doing so at the national level. Check out “Wait Wait Don’t Tell Me—Procurement Edition,” which I hosted at the recent Code for America Summit, if you ever had doubts that procurement can be fun and interesting! WWC, and specifically its partner the Government Performance Lab (GPL) at the Harvard Kennedy School, are part of the same movement, highlighting procurement and contracting as priorities for high-profile support from organizations like Bloomberg Philanthropies and Harvard University.

GPL Director Jeffrey Liebman and Assistant Director Hanna Azemati make this point eloquently in their chapter of the recently published book Retooling Metropolis book, which analyzes challenges and opportunities faced by the cities they’ve worked with through WWC. In the chapter’s conclusion, they talk about the need to attract talented staff to the procurement field. The fact that an incredibly qualified Summer Fellow like Angel has an interest in working on procurement shows that we are making progress.

On a more tactical level, Angel’s work on internal procurement processes was directly related to our engagement with the GPL and WWC, which I discussed in a recent WWC “Office Hours” webinar. The Request for Proposal (RFP) writing tool she tested was used by a GPL Fellow in Boston; it allowed him, as an external consultant, to make recommendations on the metrics and requirements the city should consider and easily drop them into our standard template.

Angel’s goal was to make it easier not only for city staff to issue RFPs but also for vendors to respond to them—particularly new types of partners, such as startups, small and local businesses, and women- and minority- and veteran-owned businesses. This aligns with our work with the GPL to increase vendor diversity. Finally, both Angel and the GPL provided input on the “Contracting with the City” guide that launched as part of the new Boston.gov.

December 2, 2016 – City governments buy services from businesses and nonprofits—everything from developing smartphone apps to track your child’s school bus to preparing meals for the elderly. Unfortunately, the way governments buy software development or meal preparation frequently gets in the way of delivering those services to residents. Put simply: governments can be bad at buying things, which sometimes makes them bad at serving people.

Purchasing services often falls neatly under a single title: procurement. Procurement is a combination of contract law, accounting, and project management, all of which is boring enough to dismiss until you’re trying to apply for health insurance and the website doesn’t load, a la healthcare.gov.

Healthcare.gov’s early challenges represented the first time poorly performing technology endangered the success of a president’s signature policy initiative. However, the story of healthcare.gov has more to do with procurement failure than technical failure. The website was built according to rules dictating how governments purchase services. Yet, these rules were designed for a time when Americans traveled via horse-and-buggy; they didn’t purchase health care on their smartphone. In 2016, technology often outpaces procurement laws and processes.

There are countless smaller or less visible technological failures throughout government that share similar roots to healthcare.gov. Many can be traced to cumbersome procurement processes. This is as true of the folks in D.C. as it is of the civil servants in Boston.

Over the course of several months, I had the opportunity to examine procurement as a summer fellow in the Mayor’s Office of New Urban Mechanics (MONUM). See, I love to nerd out on this stuff. I actually asked to work on procurement in my application to MONUM despite the many flashier projects they take on.

That’s because procurement touches everything city governments do. It touches all the work of MONUM, from sensors to apps to Wi-Fi. Getting it right is essential to running a city, which means it’s essential for serving Boston residents. More importantly, the City of Boston had already started innovating in that area, hiring an IT procurement specialist and piloting new digital tools. I wanted to be a part of that work. 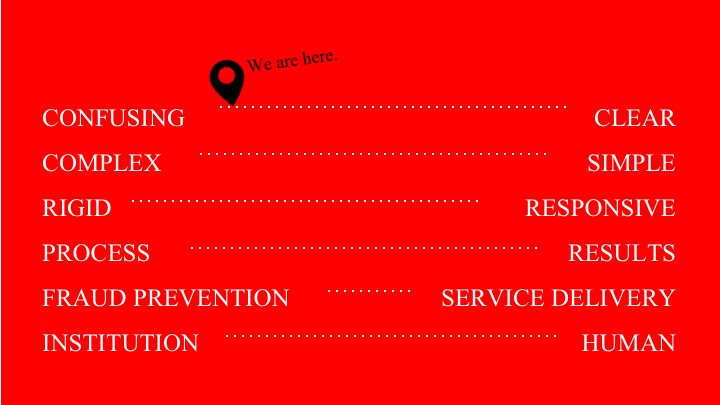 The most common complaint about procurement at any level of government is the amount of time it takes. While most government agencies have simpler processes for purchases below, say, $10,000, most have a threshold that triggers a full competitive procurement process.

In the City of Boston, that threshold is $35,000 for goods and services. For services, departments often choose to meet the requirements for public competition through a request for proposals (RFP). The foundational document of procurement, an RFP is the blueprint documenting what a government intends to buy and how it plans to evaluate the proposals that vendors make. RFPs are frequently used since they give departments the discretion to consider factors other than just the bottom-line price. The RFP process for services was the focus of my summer fellowship with MONUM. It falls under Chapter 30B of Massachusetts General Law and, other than construction, is one of the most onerous types of procurement.

For this kind of purchase, the average amount of time between when the city approves an employee to buy a service and when the contract itself receives approval is 133.4 days. That’s 19 weeks. It’s nearly five months. This doesn’t include the time it takes to decide what to buy, obtain the funding, write a proposal, get it approved, or even to deliver the service. Including all these steps can take a year or more. Often, by the time the product or service is delivered, the needs of the market or residents have changed.

The process takes time because it’s pretty complicated. To buy a service worth more than $35,000 in the City of Boston takes a minimum of 65 steps. Any given purchase must be reviewed by at least four different offices. After a vendor is selected, the contract must then be reviewed and approved again by just as many offices

Boston also lacks a central office for procurement, meaning no department or individual possesses a complete roadmap. This is by design. Unlike other cities, Boston’s individual departments have the authority to purchase the services they need (though the central purchasing department still buys most tangible products or goods). Yet, this decentralization exacerbates the long timeframes because every employee who has to procure a service spends much of their time hunting down the appropriate steps. This lack of guidance, in turn, creates confusion and delays.

Procurement has become so frustrating for internal staff that it made one city employee compare the process to “getting a root canal without novocaine.”

While radically changing our procurement framework is challenging, small interventions can make a big difference. When I arrived in June, the Department of Innovation and Technology had recently joined forces with MONUM, Mayor Walsh’s resident municipal tinkerers, to launch a pilot of an RFP-writing tool, a sort of digital helper for city staff writing an RFP. My task for the summer included conducting user-testing, making recommendations on the tool, and working with the city’s new procurement specialist to make process improvements along the way.

The City of Boston believes that writing better RFPs leads to the delivery of better services. This sentiment flows from the idea that procurement is equal parts contract law, accounting, and project management. It suggests—correctly, I believe—that a well-crafted RFP impacts how easy it is for vendors to respond to a city’s request, how long it takes to negotiate a contract, the budgeting and eventual expenses related to that RFP, and the timely and effective execution of that project.

Writing an RFP is critical, but it can also be daunting. The tool Boston piloted over the summer guides authors through that process, with the goal of determining whether this type of application would be helpful for staff. The early version of Boston’s RFP-writing tool was created by Govlist, a small startup team based in San Francisco. It already walked users through creating the elements of an RFP—scope of work, technical requirements, pricing tables, and evaluation criteria. In the end, it exported a document that included these elements along with Boston’s standard legal terms and conditions.

The tool is still in beta form, but over the course of the summer, we added additional guidance and sample language for each section. Based on the user feedback I had gathered, our team rolled out new releases each week to better walk users through the process of creating an RFP. While we made these changes, the users I worked with expressed overwhelmingly positive feedback, saying it “reduced the angst” associated with writing RFPs. Most asked when it would be rolled out citywide. Now that we know an RFP-writing tool will be valuable, the city will explore options for future implementation of this type of solution.

While such a tool might not fix all of procurement—that takes legal and organizational changes—it does make the process more efficient, more clear, and a lot less painful.

A Map, A Starting Place 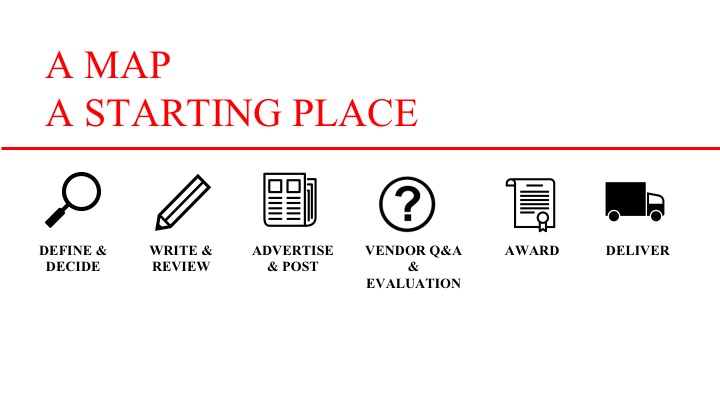 Beyond RFPs, improving the process, eliminating delays, and ensuring positive outcomes for city staff, vendors, and residents starts with understanding the process. Over the course of the summer, I created a very large process map (a visualization of the steps) for procurement in Boston. While it is not an official guide to navigating the procurement process, the map— which combines eight weeks of research, including interviews with staff—yields a snapshot of the actions necessary to procure a service. At about eight feet long, it looks more than a little daunting.

I presented the map to the Mayor and his cabinet during my final presentation. They were mostly unsurprised, knowing firsthand how lengthy and painful procurement can be. In fact, as I walked out of the room, I heard a voice joke that they thought the map would be longer. Unfortunately, as city leadership is also aware, many of the steps are written into Massachusetts General Law, meaning fundamentally changing this process could take years. Yet in the words of the UK’s Government Digital Service, we have to “do the hard work to make it simple.”

Improving procurement requires organizational change and changes to state and local law. In the meantime, understanding the process and launching an RFP-writing tool are critical first steps. From that starting place, the city can continue making strides on procurement, on governing, and on serving Boston.

This blog post, which originally appeared on the MONUM blog, was adapted from a report created by the author for the City of Boston. This report can be found in PowerPoint form here. The author wishes to credit the Detroit-based social innovation firm Civilla for inspiring the “we are here” slides of her presentation. The process map it refers to can be found here on the author’s website.