What Works Cities Blog Post: Geeking their way to excellence: How mid-sized cities are stepping up their data game 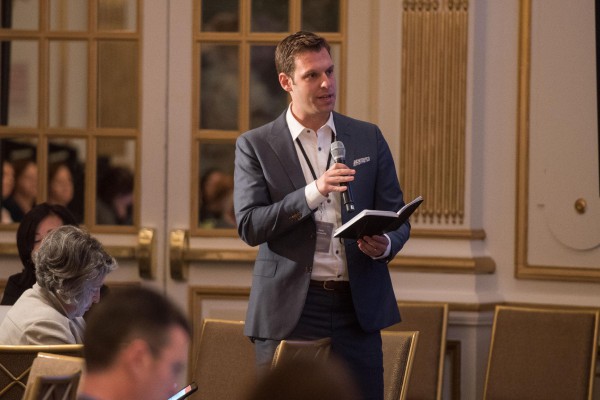 May 25, 2016 – Just over one year ago, Bloomberg Philanthropies officially launched What Works Cities in an effort to help Mayors, City Managers, and city leaders better leverage the data and evidence they collect every day to make more informed decisions leading to improved lives for residents. As the Director of City Programs at What Works Cities, I get to actively work with leaders from all of our twenty-seven cities (and counting) to help them reshape their cities in a way that meets residents’ needs, faster.

Of course, each city is unique, but having been at this for about a year, I can now look past cities’ differences towards five things that these cities have in common:

1. Cities are hungry to better take advantage of their own data

What Works Cities started after Bloomberg Philanthropies repeatedly heard from city leaders across the U.S. who felt exasperated at what many of them felt was an unmet need in municipal government. These leaders were tracking the excitement over the innovations taking place with data in the very big cities like New York and Chicago, and they wanted very much to do the same. However, these municipal leaders said they couldn’t move forward to make full use of their data without help (ranging from a little to a lot) to advance their practice.

When we offered cities with populations between 100,000 and 1,000,000 residents an opportunity to apply for technical assistance, more than 115 applied in the first six weeks. This means that two out of every five cities raised their hand to say, “Yeah, we could use a bit of that.”

We were pleasantly surprised, but maybe we shouldn’t have been, given what we were fast learning about cities’ challenges and limited resources. We released a brief recently called The City Hall Data Gap that analyzed some of our initial data and helped to show why this was a program that was long overdue. The data showed that although many cities have taken strides to leverage data in decision-making, many still have a long way to go. Among other issues, we found that fewer than one in five cities publicly communicates progress toward meeting strategic goals, fewer than one in three has a process in place for analyzing information through performance management systems or across service providers, and fewer than one in eight cities regularly uses data to inform contract decisions.

Our visits around the country have confirmed these results. In one of our first visits to Jackson, MS, Mayor Tony Yarber told the WWC team that, when he first took office in 2014, he found that he was regularly asked to make decisions without any evidence supporting one action over another. Yarber told his staff that he needed to see the data. “To fix the system in which we function,” he said, “we must understand, adapt, and be willing to admit our flaws.”

What Works Cities is based around the “What Works Cities Standard,” a set of aspirations and activities that create a strong foundation for the effective use of data and evidence within city government. The first, and most foundational, of the Standard elements—“Commit”—highlights that leaders need to make powerful, public commitments to use data and evidence to get better results for their residents.

We see this borne out over and over again, from Chattanooga’s Mayor Andy Berke setting five strategic priorities and opening them up for resident engagement through the city’s Chattadata program, to Louisville Mayor Greg Fischer’s establishing an Office of Performance Improvement and creating an Open Data Plan, to Mayor Mitch Landrieu committing to reduce the city’s blighted properties by 20 percent, or 10,000 units, by convening cross departmental partners and forcing them to better leverage data to meet their goals. 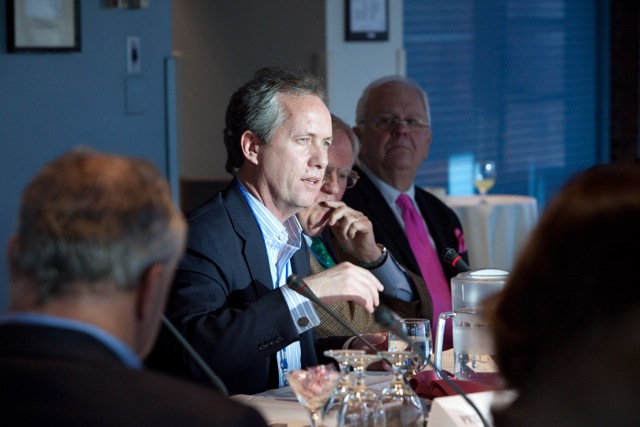 3. City employees are the real drivers of change

Although Mayors and City Councilors are critical to set the agenda and lead the way, implementing transformation does not happen without a committed team that knows how to leverage a city’s assets, build internal and external constituencies, and keep their eyes on the prize.

Behind each success story of how a leader has used data to make meaningful commitments are equally committed public servants eager to disrupt the usual working of city government to try a new way. For every Mayor Berke, Mayor Fischer, and Mayor Landrieu, there is also a Michael Baskin, Chief Policy Officer in Chattanooga, Theresa Reno-Weber, Chief of Performance and Technology in Louisville, and Oliver Wise, Director of Performance and Accountability in New Orleans, each of whom are champions managing teams to realize the change. As Mike Flowers, former Chief Analytics Officer for New York City, explained: “Civil servants are cities’ most under-used asset.”

A great example is in Tulsa, Oklahoma, where Penny Macias, Project Manager, Maximizing and Advancing Performance, is driving a citywide effort to better use the city’s data. In addition to spearheading the passage of the city’s first open data policy, she has worked with the Mayor, City Manager, and public safety officials to focus performance management meetings around residents’ safety and worked with Code for Tulsa on new ways to use the city’s growing list of datasets. “Every one of us working on the initiative is excited about making data more accessible to our citizens,” Macias said. “We are blazing a trail for more engagement and improved technology. We are laying the foundation now to secure a future Tulsa that is more open to all.”

4. Making change could be simpler than you think

It’s easy to rely on what you’ve done before, but breaking that cycle can be the most difficult.

For example, in 2013, Denver’s emergency response team achieved a total savings of $145,000 by reducing the number of times police responded to false burglary alarms and more effectively managing fine collection for false alarms. It didn’t take a ton of analytics or engineering to find this savings, just some coordination. Representatives from a variety of departments, such as Denver 911 and the Department of Excise and Licenses, met in 2012 with the goal of reducing the number of false alarms by one third. They thought that they would have to build a new system that would link two older systems together to make this change. But when they mapped out the process, they found that the major problem was that they had two systems with the same data. They affectionately called it “a swivel problem,” because someone was swiveling their chair to enter the same information in two different places. They got rid of the duplication, shared the data, and their effectiveness shot up. 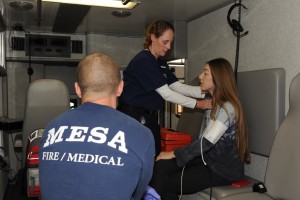 Something similar occurred in Mesa, Arizona. After an analysis found that most calls to the Fire and Medical Department concerned residents’ low-level medical needs, Mesa piloted dispatching smaller vehicles staffed by a paramedic and a firefighter, instead of sending a large ladder truck and crew to every call. Recently, the federal government announced it would give the City $12.5 million to expand the pilot program, renamed the Community Care Response Unit. The city will closely track patient outcomes and cost to determine the sustainability of the program.

These examples start with a city that is willing to dig deep into each problem and find a common solution; it is much harder to build sustainable culture change when there is resistance. The best cities have spent long and arduous meetings making converts out of skeptics, being honest about what one’s data is able to show, and focusing on the sustainability of a change. This last reason is why 14 What Works cities (as of this posting) have newly codified or updated laws governing their open data programs by way of an executive order or city council policy. By laying down practice in policy, these administrations can ensure that their work continues long after their time in City Hall has ended.

5. There’s a way for cities of every size to succeed

Behind What Works Cities is the understanding that you don’t have to be a huge city like Houston or Los Angeles, with big budgets and lots of employees, to better leverage the data you have. Even the most cash-strapped can do a lot with a little. 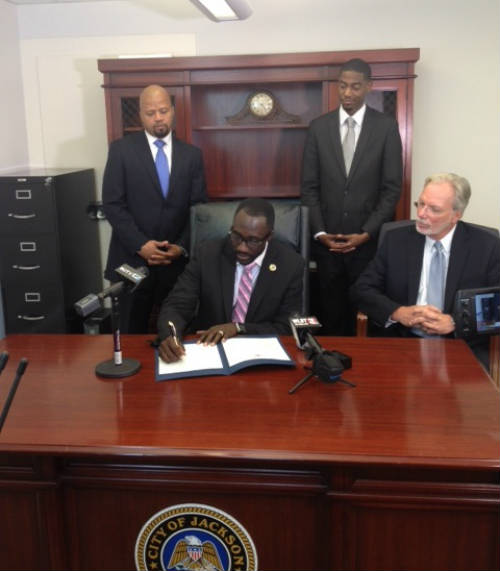 Jackson, MS, population 172,000, recently passed the first-ever open data policy in the state of Mississippi and is holding regular performance management meetings to put that data to good use. Victorville, CA, population 121,000, not only passed its first open data policy, but has spent time developing a governance committee that will be meeting with critical city groups, like the Chamber of Commerce, to surface data that is of use to residents, businesses, and the city as a whole. And in the city of Waco, TX, population 131,000, the city has partnered with the community to build strategic priorities through an external group focused on collective impact: Prosper Waco. As the city is building out the tools to better leverage their own data, they are able to rely on this partnership to prioritize their work and use of data that will make the most impact on the lives of residents.

Even the cities that are at the head of the class are striving to do more. Seattle is working to address the city’s serious affordable housing crisis by bringing critical departments around a table to best tackle the goals the city has set under its Housing Affordability and Livability Agenda. Kansas City has been linking its citywide strategic goals to the front line worker so they can better address city goals critical to residents such as tackling dilapidated buildings. And in New Orleans, they are using the expertise of the Behavioral Insights Team, a What Works Cities partner, to convince residents to get free health check-ups without costing the city any additional funds.

We’re only a year into What Works Cities, and our teams are regularly blown away by the creativity and determination displayed by cities determined to make use of their data and to learn from each other. We are fortunate to be able to bring world-class experts to City Halls across America to help municipal leaders build their capacity at using data and evidence in the work that they do every day—regardless of their current state of practice.

As Michael Bloomberg said at our recent What Works Cities Summit in April, marking our one-year anniversary: “Cities have a lot more in common one with another than they have differences.”