Julie Steenson, Deputy Performance Officer for Kansas City, Missouri, shares how a dedication to “bold goals” and a little inspiration from Walt Disney have helped the city build on prior efforts around performance management. 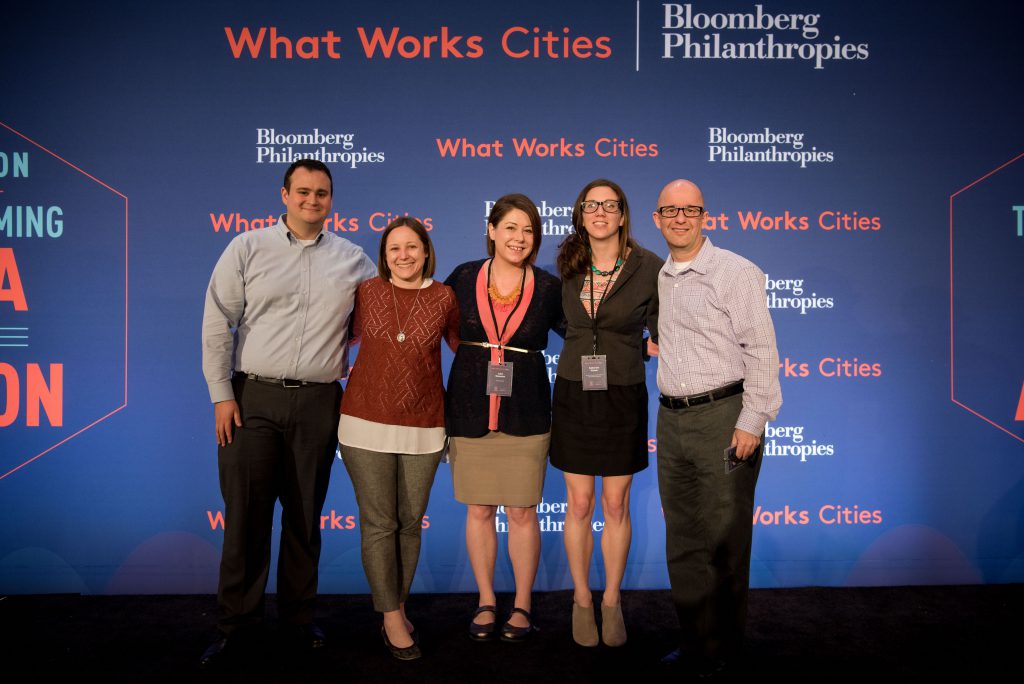 July 6, 2016 – A talented young animator from Missouri, a man named Walt Disney, once said that you must “do your best work—then try to trump it.” A recent reinvigoration of Kansas City’s efforts to be a data-driven city revealed to us that we, too, could draw on the advice of this legend from our state and make our best work better.

First, a little history of using data-driven management in KC to drive results: In 2009, Kansas City government developed the Office of Performance Management. This office was created by City Manager Troy Schulte so that he could regularly examine data coming from the city’s operating departments and 311 call center. In 2011, Mayor Sylvester “Sly” James requested that the city initiate an external data program, KCStat, which has become a mechanism for city staff to collaborate around the city’s highest goals in the Citywide Business Plan. The Office of Performance Management and KCStat evolved iteratively and adopted best practices, such as those described by Dr. Bob Behn, Senior Lecturer in Public Policy at the Harvard Kennedy School.

In 2015, because of the strong foundation built in the preceding five years, Kansas City was chosen to be one of eight inaugural cities in Bloomberg Philanthropies’ What Works Cities initiative. Through its engagement in the program, Kansas City developed two scopes of work with What Works Cities partners: one with the Center for Government Excellence (GovEx) at Johns Hopkins University and another with the Sunlight Foundation.

Kansas City’s work with Sunlight focused on OpenData KC, while the GovEx team helped to craft a new framework for pursuing and examining data within city departments. And here’s where the moral of Walt Disney’s quote intersects with this story: It became evident to us, in the Office of Performance Management, that our best work could get better.

The GovEx team performed a series of interviews and deployed a survey to city department directors. In aggregate, the results indicated that internal meetings needed more defined purpose and structure. In reaction, the Office of Performance Management developed a tool to help departments identify three to five “bold goals” that could best be realized through applying tools of data analysis and process improvement. In developing this framework, known as “DepartmentStat,” we were able to draw on the lessons we learned in implementing KCStat, creating an internal structure that provides both discipline and momentum to shared goals of departmental staff and the City Manager. 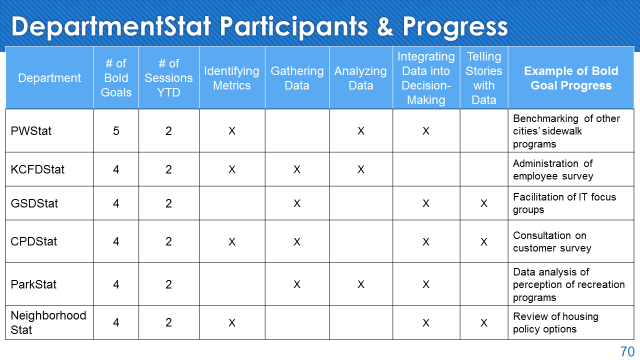 But our bold goals don’t end there. Daily we’re continuing to build on these new accomplishments, determined always to make our best better.

A version of this post originally appeared on Kansas City’s Chartland blog, which tells stories from the city’s data.

Learn more about Kansas City’s engagement with What Works Cities.