What Works Cities Blog Post: How a Citizen Satisfaction Survey Led to an $800 Million Bond to Fix Kansas City’s Infrastructure

After residents shared low levels of satisfaction in Kansas City’s aging infrastructure, the City proposed an $800 million repair plan. Residents backed it with their votes and their tax dollars, a testament to the trust the City has built through community engagement. 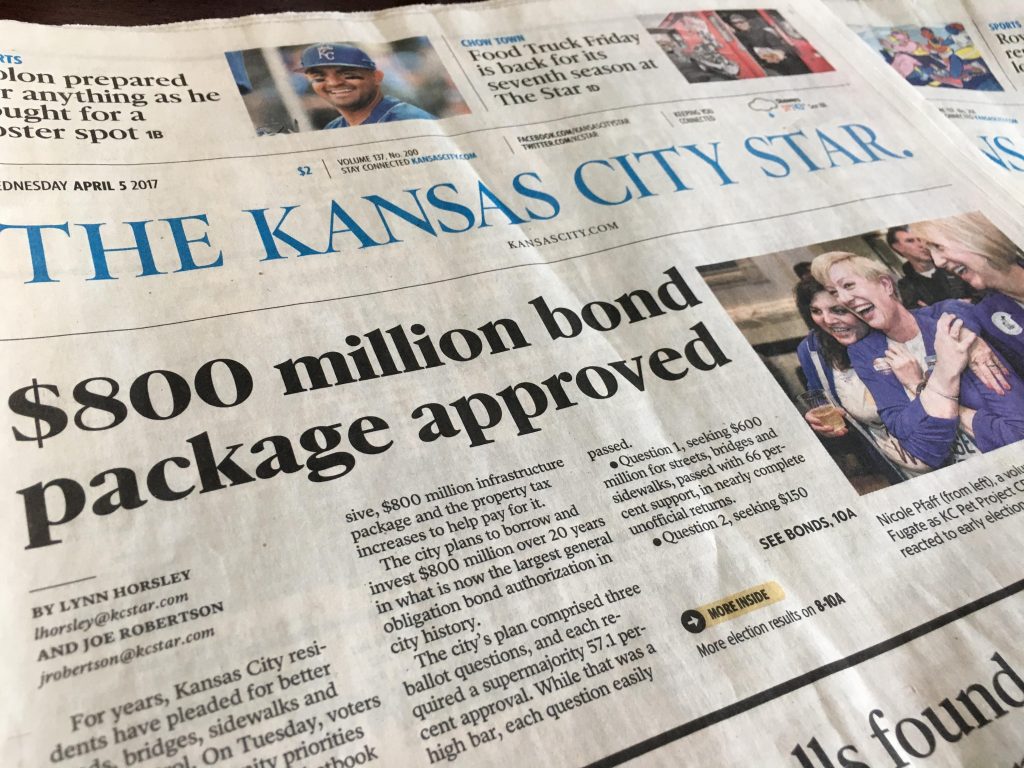 April 25, 2017 – April 4, 2017, turned out to be a historic day for the citizens of Kansas City, Missouri. Voters in the city approved an $800 million infrastructure repair plan that was the largest general obligation (GO) bond authorization in the City’s history. The bond package allocates approximately $40 million a year over 20 years for the city’s streets, sidewalks, bridges, flood control, new animal shelter, ADA compliance, and city building upgrades. Bonds will be repaid by property tax increases over the two decades.

The City-led initiative was divided into three ballot questions that each required a supermajority of 57.1% approval. Each question passed with more than 60% of the vote. More than 60,000 residents voted, almost twice the number of voters who turned out for the 2015 mayoral race.

Data-guided thinking was one of the four principles that Kansas City’s Mayor Sly James outlined in the city’s GO bond campaign. No data-driven tool may have been more essential to the City’s administrators and policymakers for designing a bond-implementation strategy with such widespread voter approval than the city’s quarterly citizen satisfaction survey.

The citizen satisfaction survey has become recognized as one of the City’s highest-value investments in data-driven management. Implemented by the City Auditor’s Office for the first time in 1989, the survey has persevered for nearly 30 years across multiple administrations, leaders, and political changes. Providing citizens with an organized and systematic way of providing feedback to local government about the services they are getting for their money was a motivator for one of Kansas City’s original survey proponents, Mark Funkhouser, former City Auditor and former Mayor.

The stated goal of KCMO’s citizen satisfaction survey is to objectively assess resident satisfaction and priorities with the delivery of city services. Surveys are sent each fiscal year to a statistically significant random sampling of approximately 9,000 residents. The survey is administered by a third party, ETC Institute, and surveys are collected quarterly by mail, phone, and online throughout the year. The survey’s response rate is typically around 50%.

The bond package allocates approximately $40 million a year over 20 years to infrastructure repairs, including to city streets

In 2011, the City Manager’s Office of Performance Management (OPM) took over administration of the survey. Deputy Performance Officers Kate Bender and Julie Steenson saw an opportunity to realign the survey with the operations and performance of the City’s departments.

In OPM’s collaboration with departmental stakeholders, the survey’s format was reconstructed with the intent to more effectively operationalize citizen feedback. Many survey questions were rewritten and realigned into groups of questions that more precisely reflected the organizational structure, resources, and strategic needs of the City’s government.

The updated survey design enabled local government practitioners to more effectively utilize and apply residential feedback into their day-to-day operations. The citizen survey has since become one of the primary tools utilized to prioritize programs and services in the five-year Citywide Business Plan, which links the citywide strategic objectives and city council’s goals to long-term financial plans and departmental implementation.

“One of the primary goals of the citizen satisfaction survey has been to push out the results to the public and as many stakeholders as possible, like the mayor, city council, city manager, city staff, etc. The survey ultimately set the stage for the concept of the general bond issuance to many stakeholders,” says Kate Bender.

The overall maintenance of city streets, sidewalks, and infrastructure also ranked as the number one priority for improvement, compared to other city services, for the past five years. Some of the other service areas eclipsed by citizens’ high importance-satisfaction ranking of city streets and sidewalks include other essential services, such as police, fire and ambulance, public transportation, and neighborhood services. 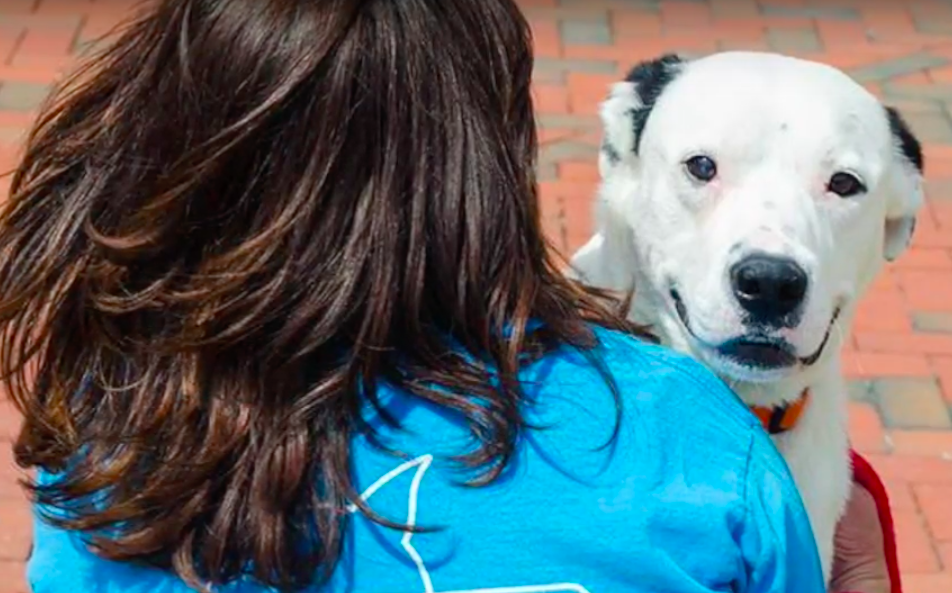 In his annual State of the City Address, Mayor James stated that the vote of confidence by Kansas City’s residents for $800 million in general obligation bonds “will bring essential infrastructure maintenance to all corners of the city, and address needs our city has kicked down the road for decades.”

Another data-driven tool of citizen engagement resulting from the recent general bond election is soon to come for Kansas City’s citizens. A reporting feature that allows residents to track the overall progress of the bond projects and to review the details of any project citywide or in their own neighborhoods is currently in the works.

Learn more about additional projects included in the bond package.