As part of What Works Cities, the Government Performance Lab at the Harvard Kennedy School’s new brief describes how the City of Boston is improving its bike share system through results-driven contracting. 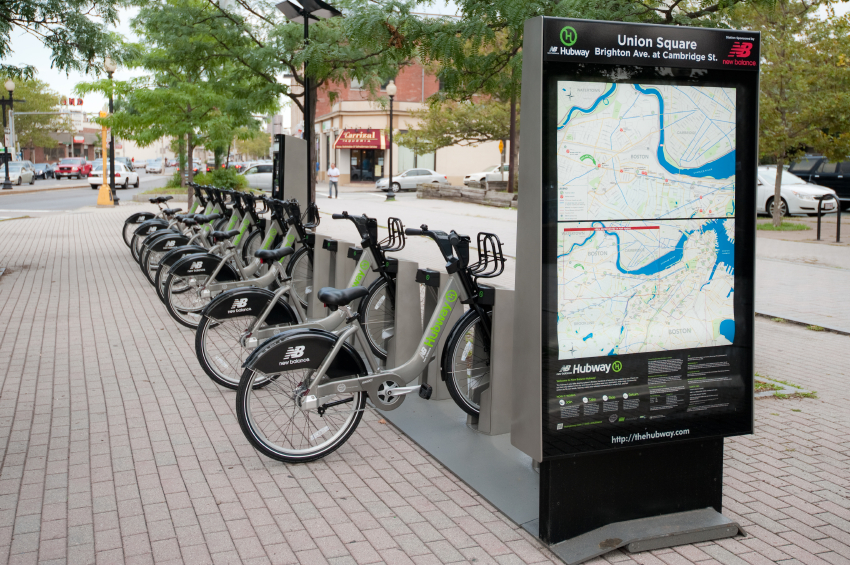 January 4, 2017 – In the summer of 2016, the Metropolitan Area Planning Council released a Request for Proposals (RFP) for a new operator of the metro-Boston bike share system, Hubway, on behalf of the participating municipalities (PMs) of Brookline, Boston, Cambridge, and Somerville. The existing operations contracts expire in April 2017, opening the door for the PMs to restructure the contracts to better achieve their objectives. While Hubway has provided over five million rides since its creation, there is room for improvement.

By strategically procuring for a new operator, the PMs seek to meet two principal goals:

2. Maintain the current system’s state of good repair and expand the network of stations without significant public expense. The planned expansion can improve bike and dock availability in areas that are already served, boost total ridership, and increase access for low-income and minority communities.

As part of Bloomberg Philanthropies’ What Works Cities initiative, the Harvard Kennedy School Government Performance Lab (GPL) helped Boston and its partners adopt results-driven contracting strategies for the bike share procurement in order to achieve the PMs’ objectives. As a result, the PMs will be better able to: 1) measure the operator’s progress toward its goals and flag problems in real time; 2) establish each party’s responsibilities, giving the operator flexibility to innovate while setting out specific requirements regarding the PMs’ highest priorities; and 3) structure the financing of the system to empower and encourage all parties to meet their responsibilities.

Hubway’s current key performance indicators (KPIs) obscure the operator’s failure to keep certain high-traffic stations “normal”—meaning at least one dock and one bike are available—during rush hours. Under current contracts, individual stations are evaluated on whether they are normal for at least 85 percent of the time between 6 AM to 10 PM every day each month. This broad metric does not focus in on the times and places where rebalancing services are most needed.

To better capture the user experience, the RFP recommended that respondents use 1) a “cluster” approach to measure bike and dock availability, and 2) varied KPI targets by timing and by site. First, under a cluster metric, a full or empty station would be considered not normal only if its immediately neighboring stations did not offer the needed bike or dock. (Geographically isolated stations could still be evaluated as individuals as it is not reasonable to expect cyclists to walk or bike to the next station if it is far away.)

Second, providing distinct KPI targets for rush hours and for high-traffic stations will focus the operator on making bikes and docks available to the greatest number of users. The new RFP thus requested that respondents propose KPIs that incorporate both structures. Together, they can better incentivize the operator to maximize user happiness, and will position the PMs and the operator to collaboratively pinpoint and troubleshoot challenges that arise after the contracts launch.

Balancing operator oversight and flexibility can lead to innovation

For many government contracts, granting a contractor flexibility to experiment with improving the user experience is crucial to success. As an example, permitting the operator to modify the pricing and structure of some Hubway membership options could allow for: 1) demand-based discounts that encourage users to return bikes to stations where they are most needed, reducing dependence on expensive rebalancing vehicles or valet services; 2) promotions that increase ridership; or 3) the creation of new membership tiers based on user demand, such as single ride passes for tourists. Under the current contracts, such changes require parties to reenter contract negotiations.

To address this, the new RFP enables the operator to innovate by removing unnecessary requirements. Where the operator’s incentives to maximize revenue might not align with the PMs’ goals, the RFP included requirements and oversight measures. For example, the PMs set goals for marketing and multilingual customer support to increase the diversity of members.

Hubway’s complicated financing structure is typical of public-private partnership bike share systems. Currently, one PM shares profits with the operator while the others pay the operator a fixed monthly fee for each functioning dock within their borders, as well as specific fees for other services needed during the contract term, such as installing or moving a station. The complex process of calculating costs and disbursing funds from different revenue sources has resulted in delays.

The new revenue sharing agreement proposed in the RFP has the potential to remedy the current financing structure’s limitations and improve performance in several ways. The RFP identifies four revenue streams—a title sponsorship, which could give a single company branding rights akin to New York City’s Citi Bike; secondary sponsorships, which fund specific elements of the system, such as single stations; member fees; and casual user fees—and proposes that each be split differently between the PMs and the operator. This arrangement recognizes that revenue streams should be shared based on which party’s performance will most influence that stream’s size, the amount of funds parties need to fulfill their respective programmatic obligations, and when parties need funds to fulfill those obligations.

For example, if the operator received the majority of user revenue, it would be encouraged to maximize that revenue stream. This requires growing membership, which is driven by the operator’s performance at providing functional bikes and docks when and where people need them. Thus, tying user revenue to the operator’s bottom line can create a cycle of positive feedback in which the operator increases user revenue, invests in rebalancing vans and other methods of maintaining user satisfaction, and receives even more revenue from the growing pool of users.

Daniel Munczek Edelman is a Fellow with the Government Performance Lab and led the GPL’s work with Hubway.

The Government Performance Lab at the Harvard Kennedy School conducts research on how governments can improve the results they achieve for their citizens. An important part of this research model involves providing pro bono technical assistance to state and local governments. Through this hands-on involvement, the Government Performance Lab gains insights into the barriers that governments face and the solutions that can overcome these barriers.