Last fall, Kansas City, Kansas, launched an initiative to tackle housing rehabilitation and renewal of the built environment. Now, as the municipality joins What Works Cities, it will focus on data-driven decision-making to propel its progress in urban renewal, says Assistant County Administrator Melissa J. Mundt. 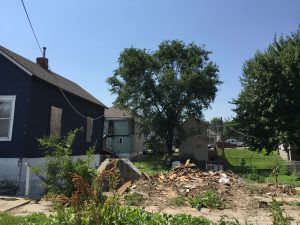 June 13, 2016 – Kansas City, Kansas, has struggled with housing issues for decades as many historic and older neighborhoods have fallen into extreme disrepair. The Unified Government of Wyandotte County and Kansas City, Kansas, has demolished thousands of homes so neglected they could not be saved. A land bank was established to handle the vacant lots that now total more than 2,000 parcels. Unfortunately, the decline continues. Unlike other urban communities, Kansas City has not seen a significant renewed investment in its older neighborhoods, despite an unprecedented period of urban reinvestment in the United States. Additionally, positive new economic and housing growth in the western part of the community has created an even sharper contrast between the older and newer parts of the community. Therefore, over the last few years, the County Commission has placed a renewed emphasis on urban renewal.

An initiative called SOAR—Stabilization, Occupation and Revitalization—was created late last fall by staff to tackle these very difficult issues around housing rehabilitation and renewal of the built environment. The first SOAR Summit was held in January of 2016 to facilitate staff discussion on shared experiences and frustration in trying to address these issues over the years. Feedback was captured throughout the daylong event.

As a result, staff identified four core areas of work needed to put plans into place to address the housing challenges facing the community. Consequently, four working groups were established in March 2016, each charged with bringing back work plans around Research, Data, Processes, and Communications.

1) Research: Examine other governments’ programs and policies around decline of housing stock, abandoned housing, and vacant lots.
2) Data: Understand which data are and are not collected throughout the organization and how they are used or can be used to solve the issues of declining housing stock and abandoned housing.
3) Processes: Understand internal work flow processes that are used to tackle problem properties. Determine efficiencies that can be created to deal more effectively in handling these complex situations.
4) Communication: Put together a plan to communicate internally and with the community around the issues of housing decline and renewal of the built environment.

As of today, much of the initial work has been completed. The groups will come back together to help fill in missing pieces in the other groups’ work plans, with a goal to present a formal program to the County Administrator in the summer of 2016. 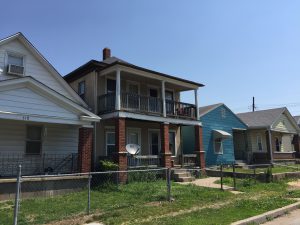 Just as we began this very critical first step of assessment and planning, we learned that we would be receiving expert technical assistance through our selection as a What Works City! The excitement is immense as this will propel data-driven decision-making and utilization of the processes that have been identified through our SOAR initiative. Having national experts available to help the Unified Government put together an open data portal and the necessary performance metrics to share among staff and the community will help best allocate scarce resources to help Kansas City soar again. The timing could not be better for a community of such deserving and caring people.