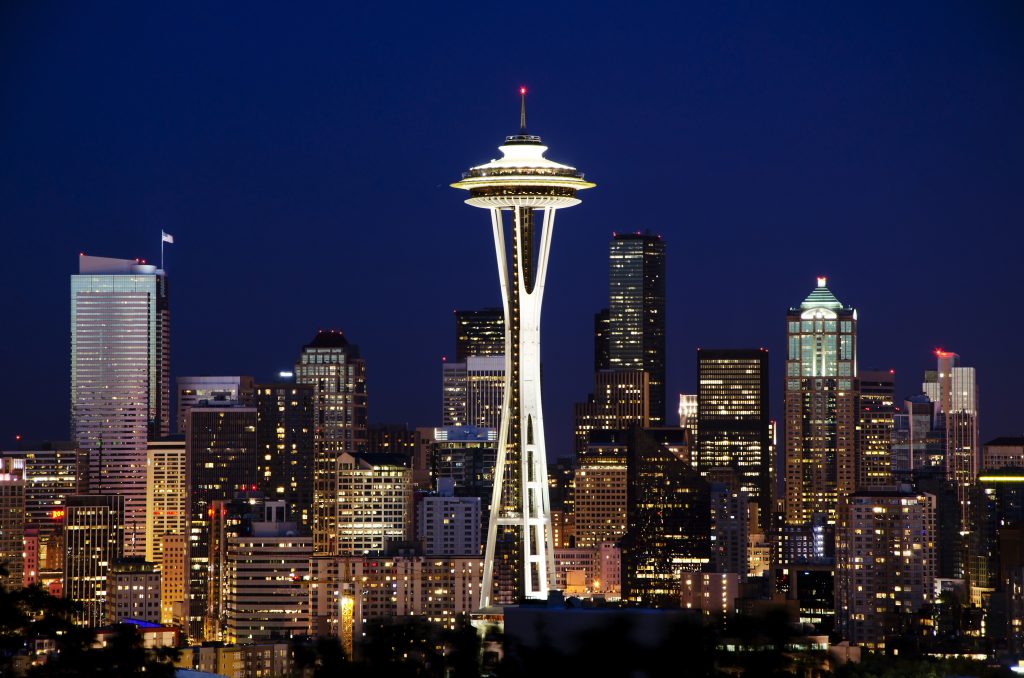 The Opportunity
In 2015, the City of Seattle declared a state of emergency around homelessness. Annual city spending on homeless services had nearly doubled from $29 million in 2005 to $50 million in 2016, and yet, homelessness had risen by 21% since 2014, to a population of 3,772 men, women, and children. In 2015 alone, 45 homeless men and women lost their lives on the streets of Seattle, including 24 through homicide. The City did not have enough information even to identify the root cause of the problem, let alone devise strategies to fix it.

At the same time, Seattle was confronting one of the largest housing crises in the country. During the fiscal year that ended December 31, 2015, the City had seen median housing prices rise by over 13 percent. To address this, the City announced a goal of creating 20,000 affordable housing units for individuals and families making 80 percent or less of the median family income in Seattle. At the time, this would have tripled the rate of affordable housing units built in the city.

The City has been working for years to develop comprehensive and sustainable plans to address the problems of housing and homelessness. To support this work, the City asked What Works Cities (WWC) to help departments establish a framework for performance management that tracks progress toward housing goals; to work with the City’s technology team to implement an open data policy that aligns with citywide strategic goals, and balances privacy and transparency; and to reform the City’s contracting system around homelessness so that it measures outcomes-focused indicators.

Our Work Together
WWC experts at the Center for Government Excellence (GovEx) at Johns Hopkins University, the Government Performance Lab (GPL) at the Harvard Kennedy School, Results for America, and the Sunlight Foundation worked with the City of Seattle to:
• craft and adopt a formal open data policy to ensure the clarity and sustainability of municipal open data management and publication;
• develop a performance management system targeted at the Housing Affordability and Livability Agenda (HALA) to drive evidence-based policy and funding decisions; and
• adopt results-driven contracting and other best practices for critical grants and procurements related to addressing homelessness.

Summary of Key Accomplishments
This work in performance, results-driven contracting, and open data lays the groundwork for the City to incorporate data and evidence in more aspects of decision-making. Seattle identified a key opportunity to focus this work on its housing and homelessness priorities, and the lessons learned could be applied to other city priorities following the engagement with WWC. During our engagement, WWC and the City of Seattle worked together to accomplish the following:

Craft, pass, and implement a comprehensive open data policy
• Draft, analyze, and vet an open data policy that was approved by the Chief Technology Officer on February 1, 2016. The policy makes firm commitments to open data on par with those of leading open data programs throughout the country while breaking new ground among U.S. cities with its nuanced “open data by preference” approach that balances a commitment to transparency with a stated need to protect personally identifiable information through a rigorous privacy review process.
• Citing the WWC initiative, the Sunlight Foundation, and the City’s partners from the University of Washington and community of civic technologists, an executive order was issued on February 27, 2016, that instructed all city departments to comply with the policy by the end of that year.

Bring results-driven contracting to the city’s homeless services contracts
• Seattle’s Human Services Department (HSD) worked with GPL to consolidate select existing contracts to reduce the administrative burden for HSD and providers, to free up contract managers’ time to focus on performance, and to give providers the flexibility to shift funding and resources between programs in response to changing needs.
• HSD also began reorienting contracts to be performance-focused, including by setting up a performance tracking system, specifying performance goals, structuring payments to align incentives, and implementing active contract management.

What’s Next
With this work, Seattle has built a critical foundation for using data and evidence to deliver improved results for its residents. The City is already building on this work by systematically developing performance management processes in each department across the City and expanding the lessons from results-driven contracting to other HSD contracts and departments throughout the City. By bringing more efficient and data-oriented solutions to Seattle government, the City can deliver better services and results for residents.